The pandemic has forced the sports industry to get creative and find new ways to intergrade old media with new media. Ever since the birth of the internet people have found new ways to interact with each other on a technological level. That has constantly grown over the years with the emergence of MSN messenger, MySpace, and Bloggers. Then in the early 21st century, social media platforms were born and paved the way for how people will interact for many years to come. Twitter, Facebook, and Instagram were the ones that birthed a new style of socialism. Sports landscapes saw the opportunity that these platforms could give them for rapid growth. They eventually started to interact with their fans on these platforms through the new forms of interaction.

Due to the emergence of these new forms of media, teams and players used these forms of media to reach the masses. Sports in the United States is like a religion to most of the citizens. Everyone has some kind of investment in some franchise in the United States. Now if you view sport as a religion, then think of social media as the messengers for this religion. Spreading across the world, showing off their top players and monetizing their presence in the world of social media. Lets look at the NBA for example. According to a graph on Statista.com, Facebook alone has about 38 million followers on the NBA’s official Facebook page. 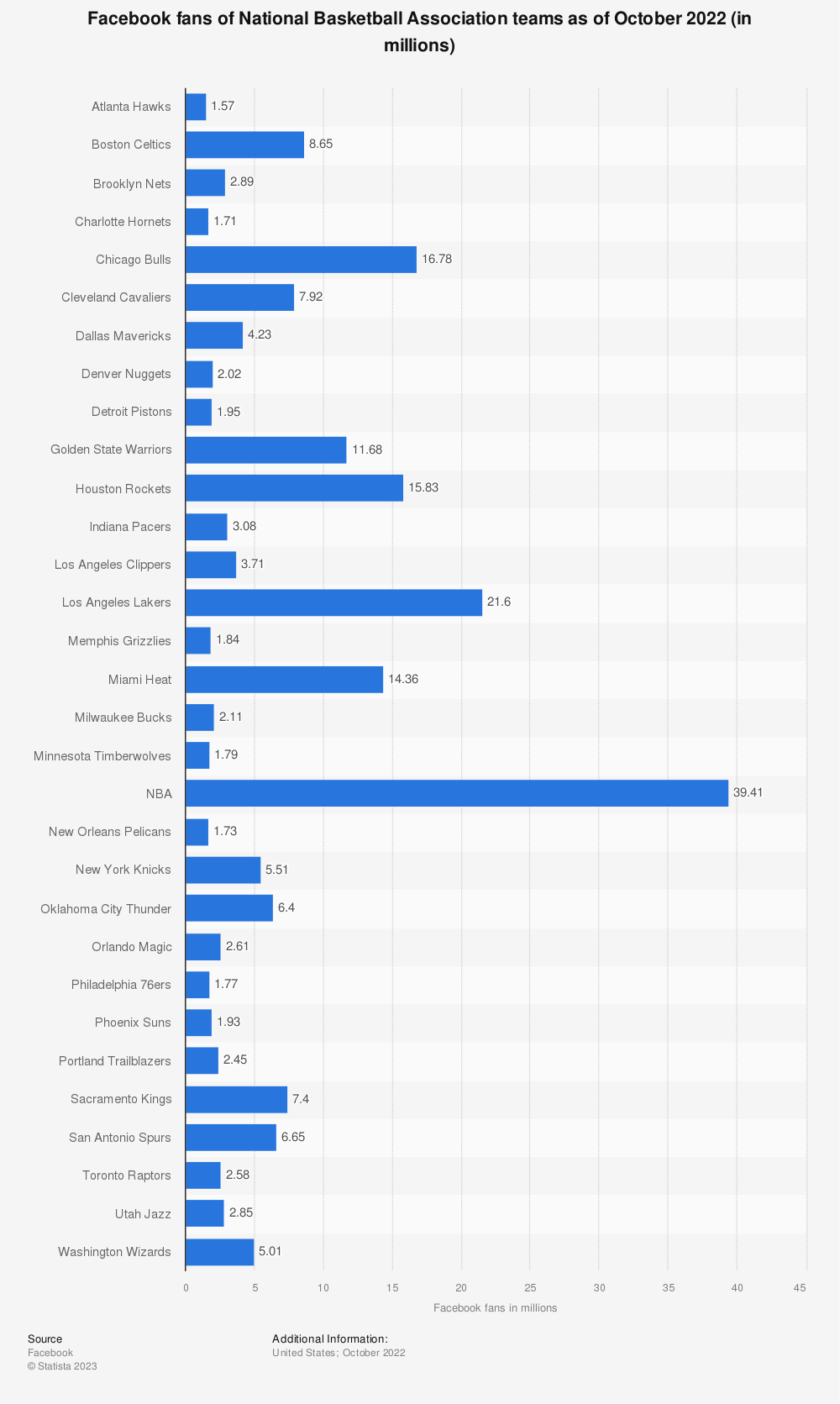 The NBA has always been wrapped in a culture of influence, whether it’d be fashion, music, or the players themselves. People outside of the NBA have always been influenced by the culture of the profession. In the early days of media, the NBA culture was being spread on tv, newspapers, radio, and word of mouth. Now it is being spread through those same forms of media, but now social media is intertwined with the culture of the NBA. You can find highlights of the game hours after it ended rather than the next day. Fans can interact with the players indirectly through social media by liking their post or wishing them good luck on twitter, rather than wait hours before the game just for a glimpse of them.

The shifting in media has made interacting with people from all walks of life much more engaging and personal. Now people can receive a message from their favorite player within a few hours, rather than waiting a few days or months for a letter from them expressing their gratitude. They can also establish a community from their fanbase that previously couldn’t be made because previous media limited the reach of fanbases. The connection wasn’t as personal and now followers on social platforms such twitter and instagram, have built this community online that almost feels like a family. Henry Jenkins, the author of Convergence Culture: Where old and new media collide, said that ” In the world of media convergence, every important story gets told, every brand gets sold, and every consumer gets courted across multiple media platforms”.

Convergence of old media and new media has helped change the sporting industry because it has become more accessible to a larger audience, it has helped increase revenue, has become more appealing to a wider range of sponsors, and has helped grow sports internationally. Nike has used their social media platforms to understand that there is a massive market for basketball in the Asian market. Before social media they would not have known how big the market actually was. Ya Ming probably helped grow the sport in the Asian market, but social media helped solidified Nike’s foothold in the eastern hemisphere.