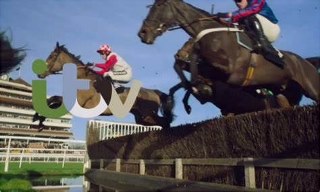 Much of racing’s media coverage is self-contained within the industry, with a daily trade paper, the Racing Post, and two dedicated subscription channels, Sky Sports Racing and Racing TV providing twenty-four hours of racing-focused programming. However, it is broadcasters on free-to-air television that still provide the biggest window for the sport.

Racing has also been covered by terrestrial television since 1955, and is currently by ITV, who in 2020, renewed their contract for “broadcasting 94 days of British racing annually.” (Mottershead 2020), reportedly at an annual cost of £20million. (Hughes, 2020).

Whilst these figures from Statista (see here) show how racing has an impressive live attendance, 2019 figures from Mintel suggest racing has the eighth largest “core” fanbase of any sport in the country. Compared to other sports, racing is vastly overrepresented in terms of coverage on terrestrial television compared to the fanbase, with subscription channels generally acting as the primary output source for live coverage of sports such as football, tennis and cricket.

However, racing’s highest-profile events vastly outperform those from sports with a similar core audience on terrestrial TV. Racing’s highest-profile event, the Grand National, was cancelled in 2020 due to the coronavirus pandemic, yet the “Virtual Grand National” broadcast by ITV as a replacement still garnered viewing figures of 4.8 million, whereas the BBC’s broadcast of the 2020 Rugby League Challenge Cup final peaked at 1.6million viewers.

Rather than just being a horse race, events such as the Grand National are also culturally important, reaching further than the sport’s core fanbase and into the fabric of the national identity, in no small part down to it’s coverage on terrestrial television. Boyle & Haynes (2009) discussed how sporting events broadcast by the BBC, as the Grand National was for over fifty years, stating; “national sporting events… have been projected by the BBC as part of the national fabric of British life.”

The importance of smaller sports maintaining a relationship with terrestrial broadcasters was discussed in a 2017 YouGov survey on cricket, which directly linked the sports falling participation numbers to subscription-based Sky gaining the rights to all premier cricket events, stating how “take up to cricket amongst children began to fall, as many were no longer able to watch their heroes.”

Racing has continued to be popular on ITV- ”two consecutive Saturdays in November garnered viewing figures of over 1 million” (Armytage, 2020) and the channel has recently agreed a deal to now show six Cheltenham Festival races instead of five. This could be  in part due to the increased prevalence of “gambling as a social pastime” (Donohoe, 2018) via online betting apps, whilst external factors, such the football television blackout, which oftens racing is the only free-to-air sport on offer most Saturday afternoons, also play a part, and racing would undoubtedly be damaged if this ban was lifted.

Recent backlashes to pay-per-view Premier League football matches, and Channel 4 regaining the rights to England’s recent test match against India show how some sports fans may now be frustrated with the expense of watching sport, perhaps contrasting with the move from many consumers away from traditional television channels to streaming sites such as Netflix. Therefore, the importance of racing, as a minority sport, to continue to maintain strong links with terrestrial broadcasters can’t be overstated, as it allows members of the public to maintain at least a casual interest in the sport.