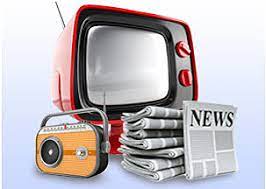 When I telling my son how his grandad consumed sports when he was his age, he would never believe it. Because we live in an era of digital technology and the internet where we can consume sports from many devices, phones, laptops, or television from different ways cable television, streaming or social media, we tend to forget how our parents used to consume sports. Comparing how my dad and I consumed sports, it’s like comparing old and new media. My dad was born in 1960, representing the traditional mass media era, including radio, newspaper, and television (Delfanti & Arvidsson, 2018).

Despite being born during the growth of the television as a mass media, my dad didn’t have a TV at home, so he followed sports on the radio (Sullivan, 2006). I tried to explain that to my five-year-old son, and he looked at me like I was crazy as we have 5 TVs at home. So, I tried to explain to him that radio was the top form of media, and radio played a significant part in my dad becoming a sports fan (Levy, 2017; Owens, 2006). My dad is a Marseille fan. But, unfortunately, he couldn’t attend games as Marseille is at a four hours drive from Toulouse, where he was born. So, he told me radio allowed him to live Marseille games like if he was there (Beck & Bosshart, 2003). Well, my son’s head nearly fell off then he asked me, “Papa, what is a radio?”.

When my dad was a teenager, he had to consume sports via the press. The press is the oldest way to get sports news, and during that time, it was the primary way to keep up to date with sports results (Beck & Bosshart, 2003). There were three different categories of print media talking about sports (Lamprecht & Stamm, 2002): sports pages in the daily newspaper, sports papers and magazines periodicals published by sports clubs and associations. My dad preferred our local newspaper called “La Depeche du Midi”, which had a sports section. His second choice was a sports paper called “L’Equipe”, the most known daily sports paper in France.

In the mid-1970s, my grandad bought a TV which by then the television coverage of sports was the new norm to consume sports (Arthur et al., 2006). It is when the public service broadcasters had the monopoly of the market (Beck & Bosshart, 2003). The main service channel to watch sports in France was “France 2”, which I remember watching the 5 Nations with my dad. Sports TV has been a fan builder for my dad as he was able to follow multiple sports on TV (rugby union, football, and horse racing) (Buraimo, 2008).

Telling this tale to my son about his grandad, he told me, “Papa, that stage is boring”. When I said this to my dad, he argued that old media was better as it was more authentic (Delfanti & Arvidsson, 2018). What is your views on traditional mass media? Do you prefer the old or new media? Leave your views in the comment section.