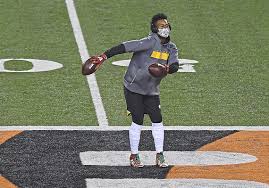 Social media is a powerful tool that can do just as much harm as it can good. Social media promotes conversations about anything that people will have a voice about. Athletes have a lot of power on social media because of their platform and the way they are viewed in the public. Everything they do... END_OF_DOCUMENT_TOKEN_TO_BE_REPLACED

Before the birth of social media we had newspapers, radios and television as our main source of media. An article written by Boston University states that Television was seen as the main source of media influence in the 1960's until the mid 20th century. These were easy to control and dictate was was shown and... END_OF_DOCUMENT_TOKEN_TO_BE_REPLACED