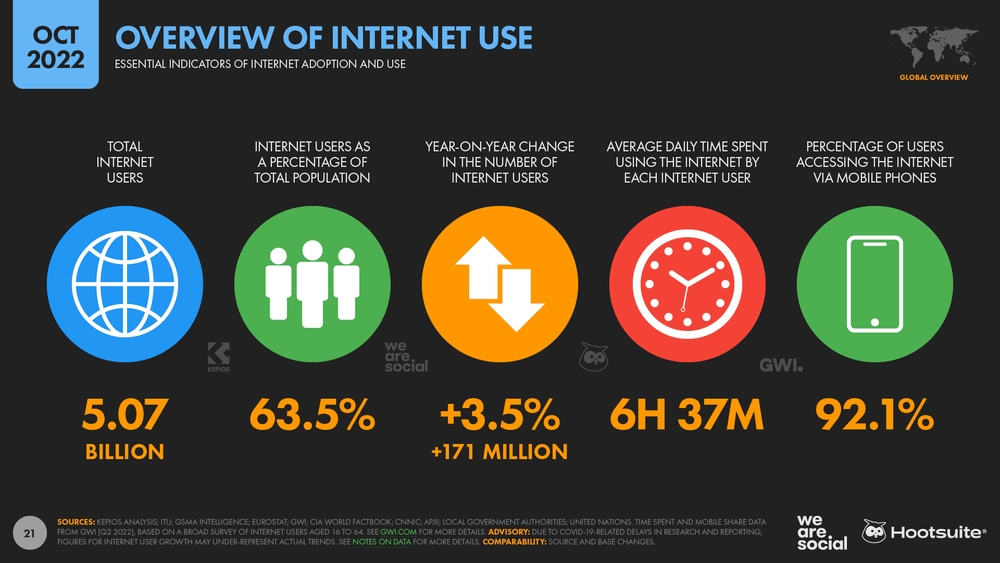 In the first part of the modern sport ecology discussion, the rise in television to being the most prominent sports media outlet was discussed. This blog will detail the rise of the internet, how it transformed the sport media ecology and its effect.

In the past 50 years, the internet has flourished from a basic system that was capable of sending a few small signals (DiMaggio et al., 2001) to a mass system which has consumed all forms of modern day life (Cohen-Almagor, 2013). Cohen-Almagor (2013) shares that we are currently in an ‘age of innovation‘, that has already bought the internet to 5 billion people. As explained in previous blogs, when a new innovation is launched, sport soon capitalises.

The capacity for the internet to connect people from around the world was soon realised and in the early 2000’s, social media was born. ‘Social network‘ is a term given to a website which facilitates communication through online communities, as of 2022 4.7 billion users were seen on social media platforms such as Twitter, Facebook, Instagram and YouTube (Carr and Haynes, 2015).

Social networks provide the ability for sports fans to communicate and share videos of sport, significantly advancing the reach of sport (Pedersen, 2014). Known as ‘prosumption‘ (Andrews and Ritzer, 2018), fans help the efforts of television by creating hype amongst themselves by creating and consuming content on social media about key talking points of sport (Gantz and Lewis, 2014). The prolonguing of sport on the internet has had a knock-on effect on other types of traditional media.

A rapid rise in the internet and social media has led to a decline in the prominence of radio and newspapers, instead minute-by-minute commentary and video streaming has taken precedence and is available at the touch of a button on smart phones and computers (Statista, 2014). Radio has also been hindered by the accessibility and availability of television, with 5.4 billion now having access to television.

The same fate looked inevitable for newspapers as the rise of television news shows led to a decline in newspaper sales (Nielsen, 2015). Nielsen (2015) explains how social media provided an opportunity for newspapers to adapt to modern society, providing their news digitally. The news often sailors to society in the way which television has, focusing on sport as a drama (Andrews and Jackson, 2002; Pedersen, 2014).

It is clear that the internet is here to stay and while providing a great way for sport to grow globally, it can provide a threat to the current sport media landscape. Social media can be a breeding ground for misinformation and media outlets often neglect certain sports, affecting their ability to grow. The future of sports media will be dictated by the developments in the internet and how well television reacts to these changes, with newspaper and radio being prime examples of what can happen.

My next blog will look toward the future landscape of sports media and the internet’s relationship with sport, predicting the next big evolution in the ecology. Be sure to comment below your thoughts on social media.